Quartets games also deserve to be able to be played on multiple channels. From now on, quartets games are also available for sharing and playing online, in the classroom.

The teacher / quartets-maker only has to share the quartets-link with the students and the game can begin! 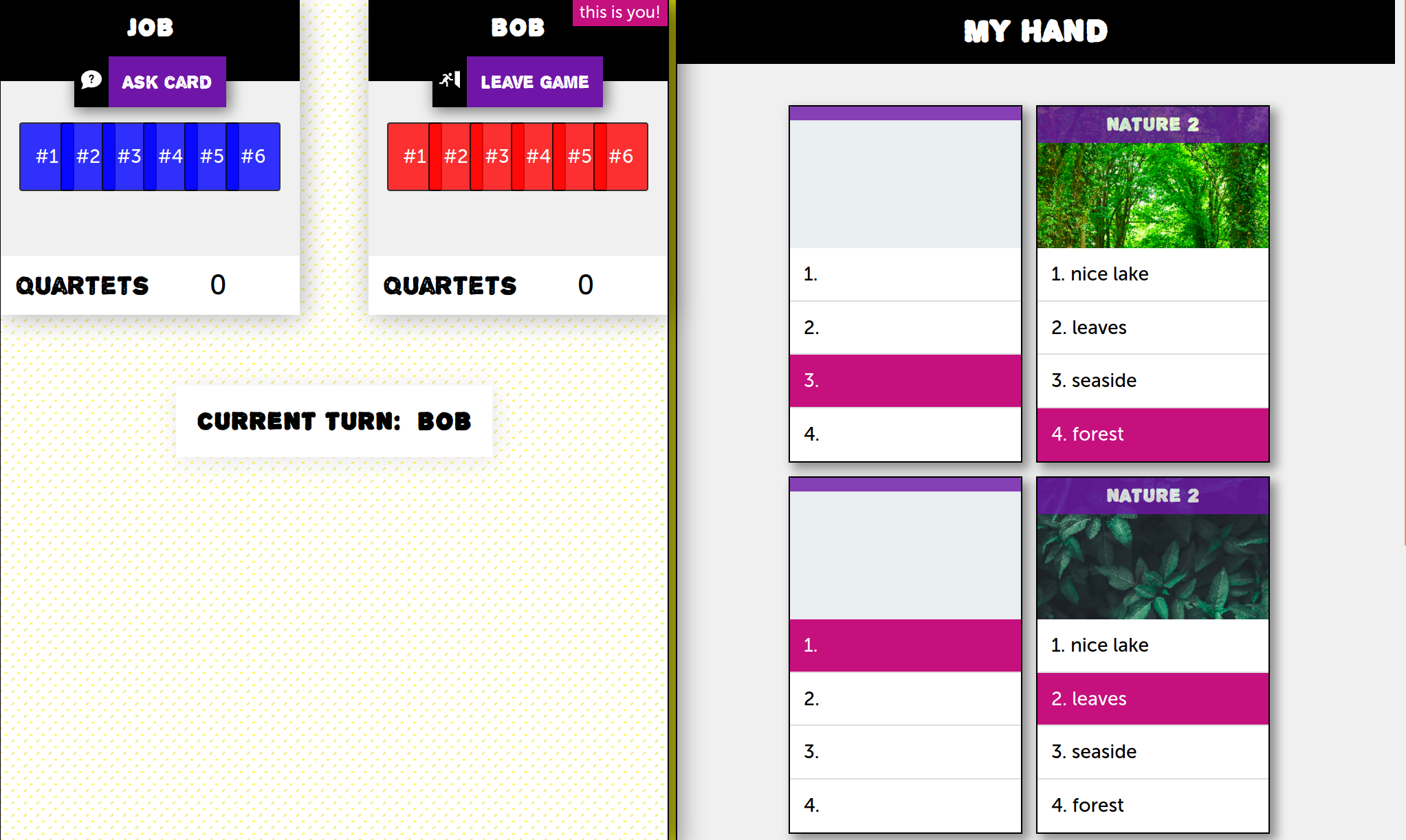 For the students / players

As a player, you only have to go to the shared link and fill in your name. If there isn't an active online game yet, then the system will automatically create one.

Next, you can adjust the number of players needed to start the game, to 2, 3 or 4 players. If the game is full, the game will automatically start and others will not be able to join anymore.

The course of the game

At the start of the game, the cards are shuffled and a random player is chosen to start picking cards. The current player is always shown at the top of playing field. Next, the current player chooses a person and asks a valid card

Pay attention, only the cards from the same set as a set of a card that you already have, are allowed. The Puzzel.org system will make sure this is validated, so no worries :).

The goal is to build up as many quartets as possible and then the winner is selected when all quartets are complete! 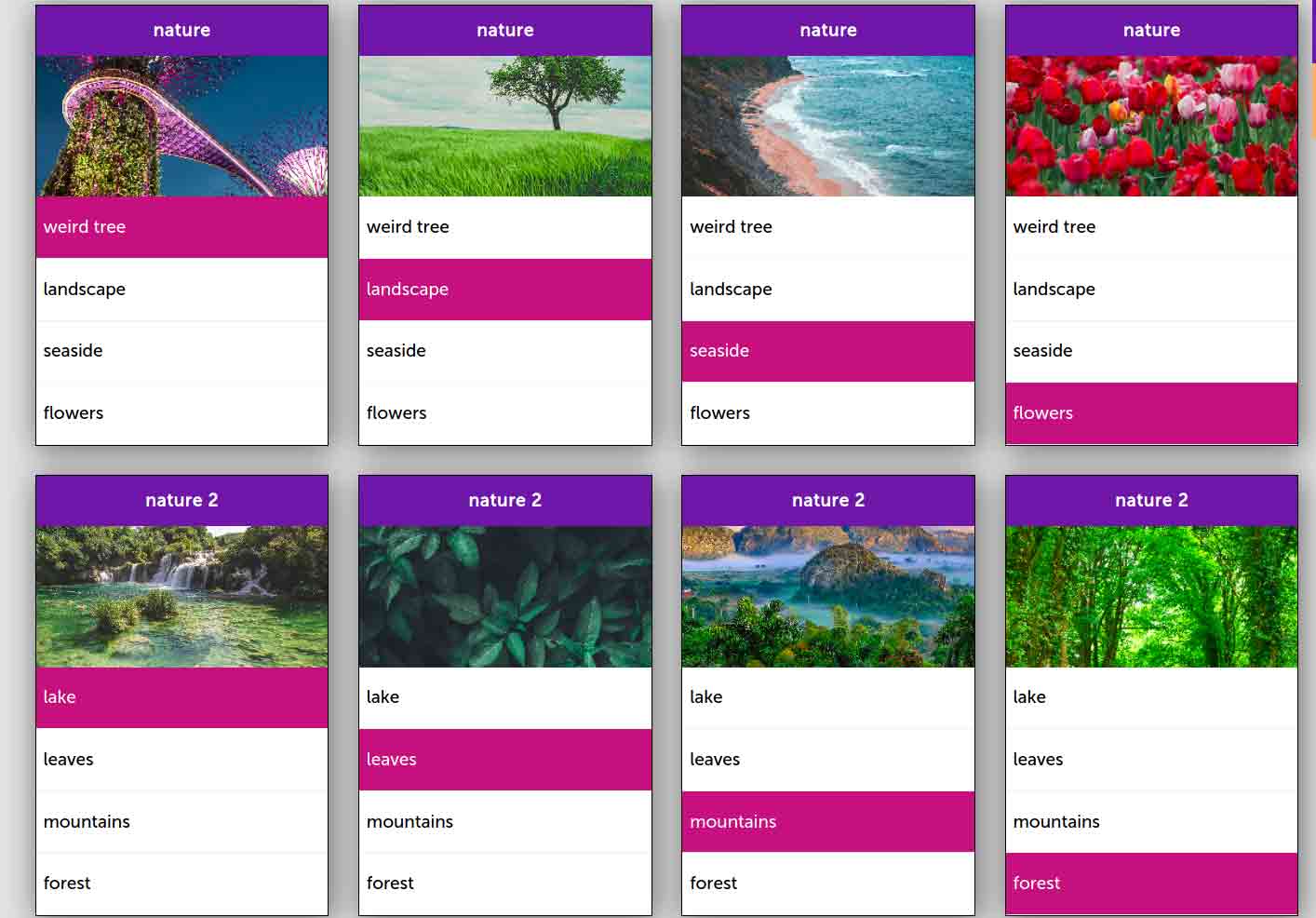