create your own online acrostic puzzle around a hidden solution

Your puzzle cannot be saved yet. Add more input to make it saveable :)

The acrostic puzzle has the same question/answer format as the crossword puzzle, but allows for a different type of puzzle field. There aren't any black squares and the answers are grouped among one word, the 'Hidden solution'.

This hidden solution cells are marked in a different color and always form a straight line. It is required to fill this in before the algorithm can piece together your puzzle!

The 'Hidden solution' can be added on the Settings-tab. 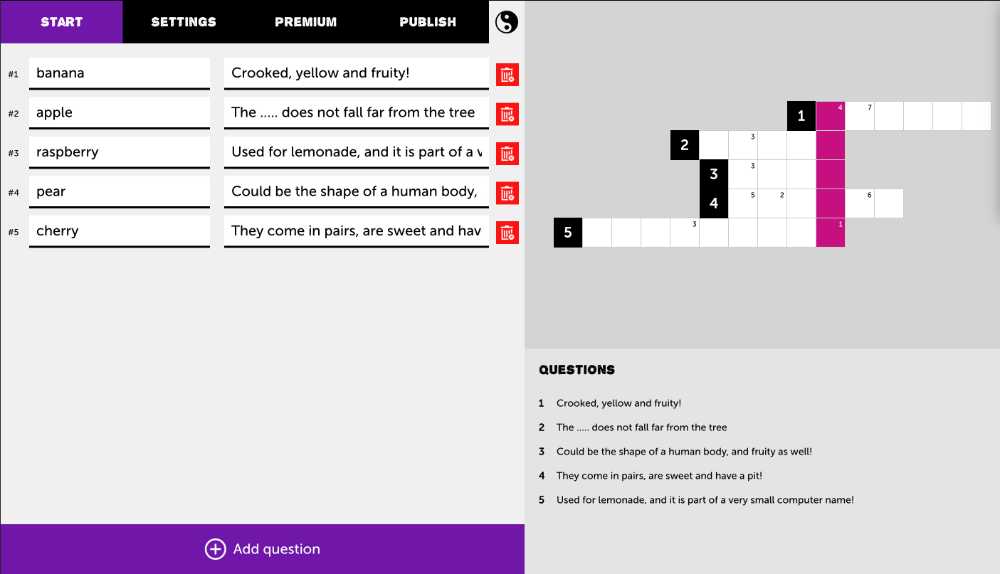 Since the acrostic puzzle has less overlap than the regular crossword puzzle, there is a different helper method: small numbers in the top right corners that correspond to the same characters.

If you see the number '2' multiple times in the grid, then each of those squares must contain the same character, giving you extra hints as you make progress and find new words

These helper numbers can be increased and decreased via the Premium-tab (via 'Difficulty') or be hidden altogether. You can even help out your puzzle players by enabling 'Autofill same helpers' which will automatically synchronise cells with the same corresponding numbers to contain the same character. 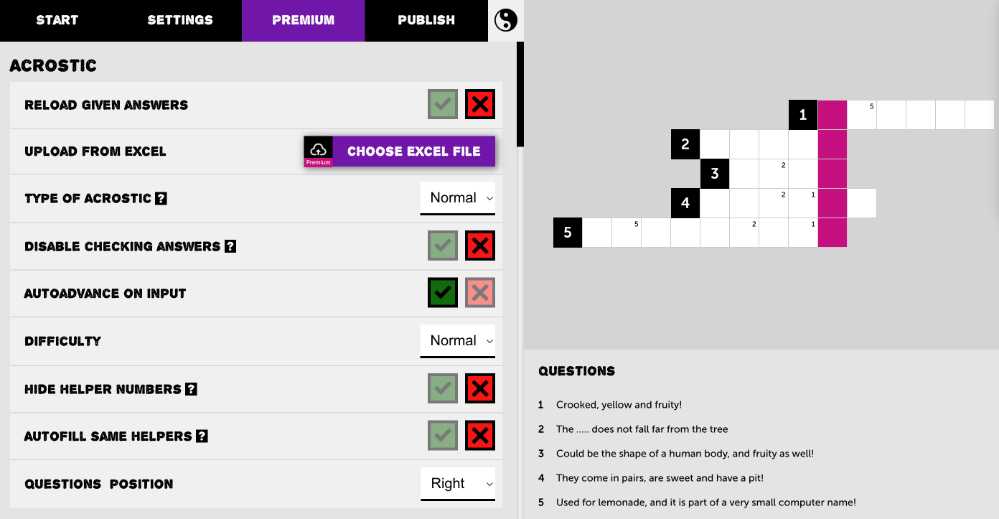 Answer checking happens automatically! No more manual handling of acrostic puzzle results. You immediately know the result whenever you complete a row.

You can disable the automated checking via the Premium-tab with the 'Disable answer control' option. This way only you as the puzzle owner has access to the result of the puzzle.

Furthermore, the given answers can be restored into the puzzle by enabling the Premium 'Reload given answers'. This way puzzle players can complete their puzzle in multiple sessions. 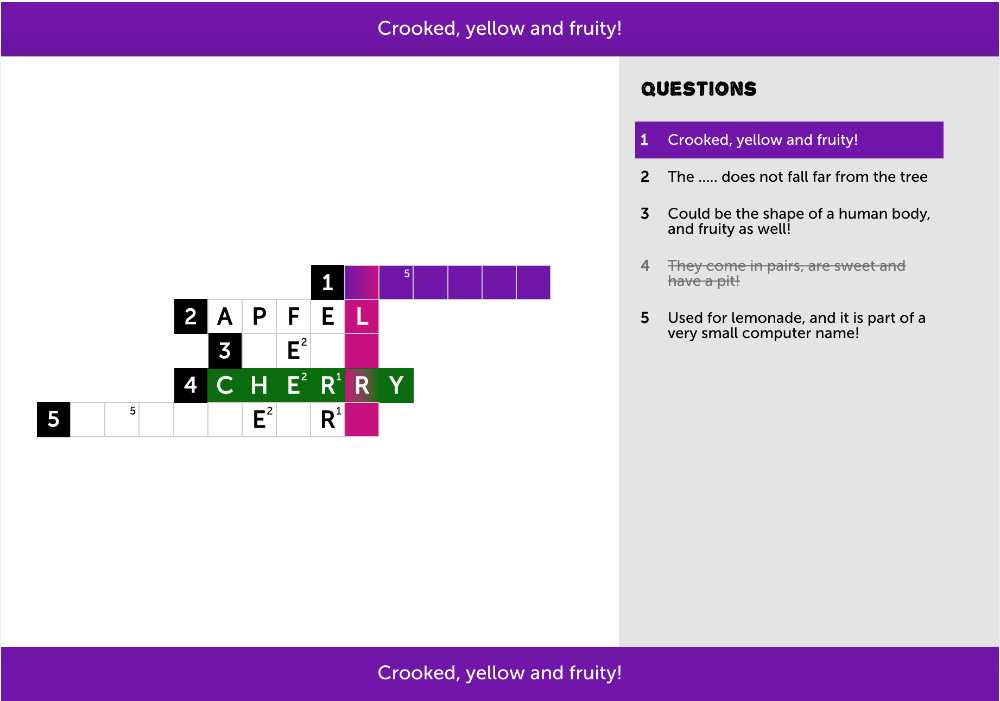 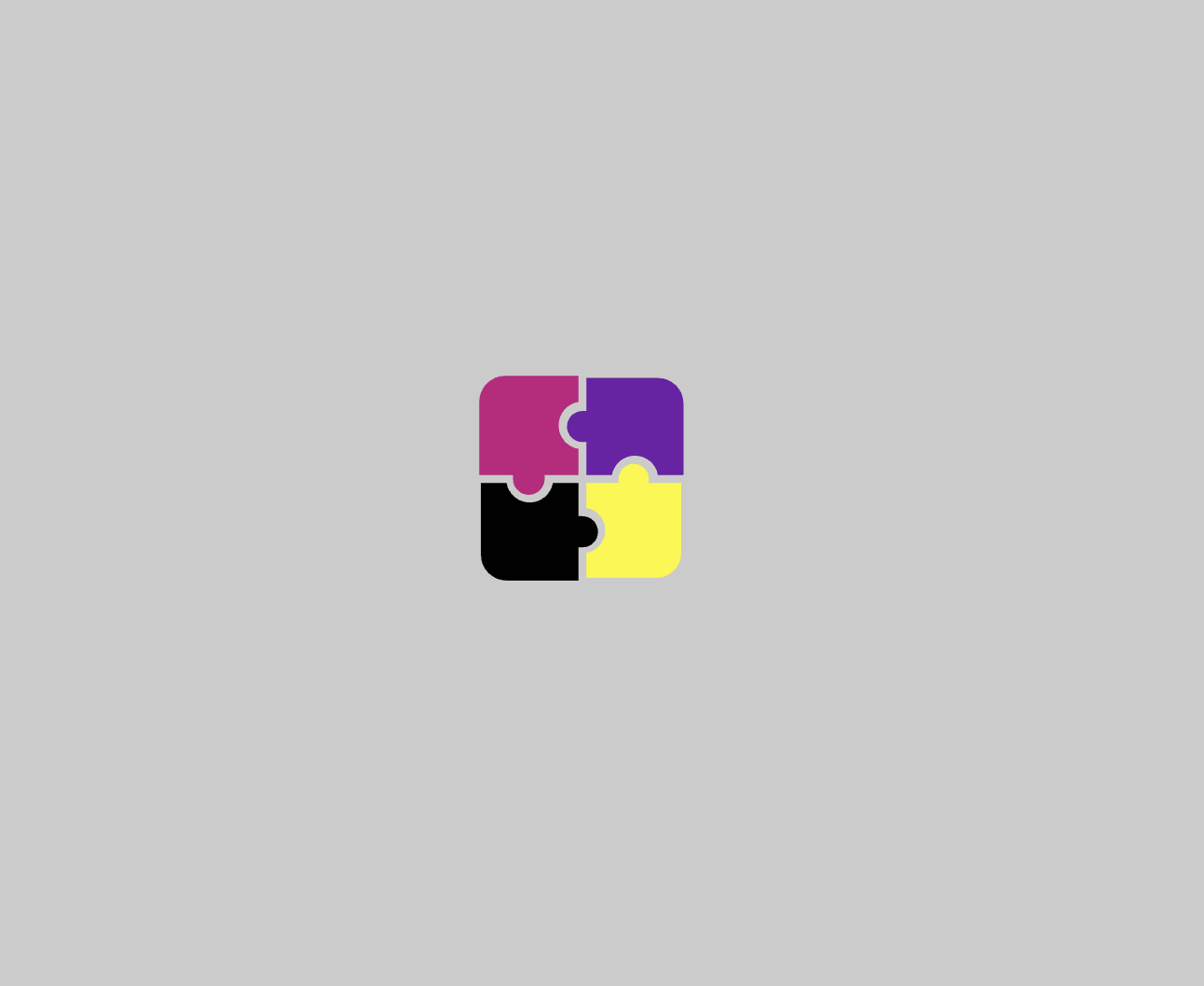